Panel discussion: Connected and organised in their quest for research

Export to Outlook or iCal (.ics)

IALLT, CALICO, EUROCALL, WorldCALL, APACALL, ASIACALL and INDIACALL all have one thing in common: their passion for research in the field of language learning with technology.

Spanning more than four decades, no other professional associations have shown such persistence and patience, as well as endurance, in their quest for the recognition of research in the field of Computer Assisted Language Learning (CALL). It is this emphasis on research that has proved to be one of their most consistent features and, unknown to many of us, the hard work of these associations has resulted in important contributions to language policy throughout the world.

We are curious to hear how the results of research into CALL have been implemented in today's language learning world and how language teaching professionals tinkering with technology might unwittingly be part of or the main focus of research.

About Stephen Bax
Stephen Bax's work in ICT revolves around the ways in which technologies can become 'normalised' in our educational practice. Normalisation is the stage when a technology reaches its maximum benefit to teachers and learners so as to be more or less invisible, like a pen or a book. The question is why do some technologies become normalised and others not? How can we make a technology become normalised if we want it to be fully effective in language learning? Stephen is Reader in English Language, Learning, Assessment and Technology at the CRELLA research unit at the University of Bedfordshire.

About John Gillespie
John Gillespie was born in Belfast and studied at the Queen’s University of Belfast where he took his BA in French and German and his PhD in French. He spent a year as a language assistant at the Lycée Foch in Rodez. Appointed as Lecturer in French to the then New University of Ulster in 1974, he was promoted to Senior Lecturer in 1988. Founding Head of the Research Graduate School in the Faculty of Arts in 1996, he has been Director of Research for the Faculty from 1988 and has served on the University’s Research Policy Committees since that time. He has been Head of the School of Languages and Literature since 1999 and set up the Centre for the Study of Literature and Belief, which he directs, in 2001. He holds a Personal Chair in French Language and Literature (appointed in 2003), has been an elected member of the University Senate since 2000 and of the University Council since 2004 and a member of the University Teaching and Learning Committee since 2006. He is currently acting Head of French.

RSVP for Panel discussion: Connected and organised in their quest for research to add comments! 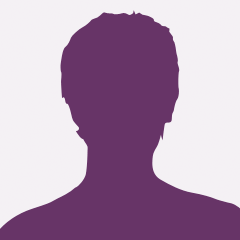