A Hackathon is a design thinking process to come up with ideas for products and services which do not exist as of yet. In our case, the question of the Hackathon was: "What is the future of language learning".

At the Virtual Round Table, with those present, we tried to replica this concept in an online environment. Here are the great results produced by two sessions of 45min each. We would have needed another 2x45min I supposed to work on the ideas and for groups to form. However, this was a very productive start.

Step1) A broad brainstorming turns into formulating ideas in form of topics. The following image is one of two whiteboards created in each of the 45min sessions. 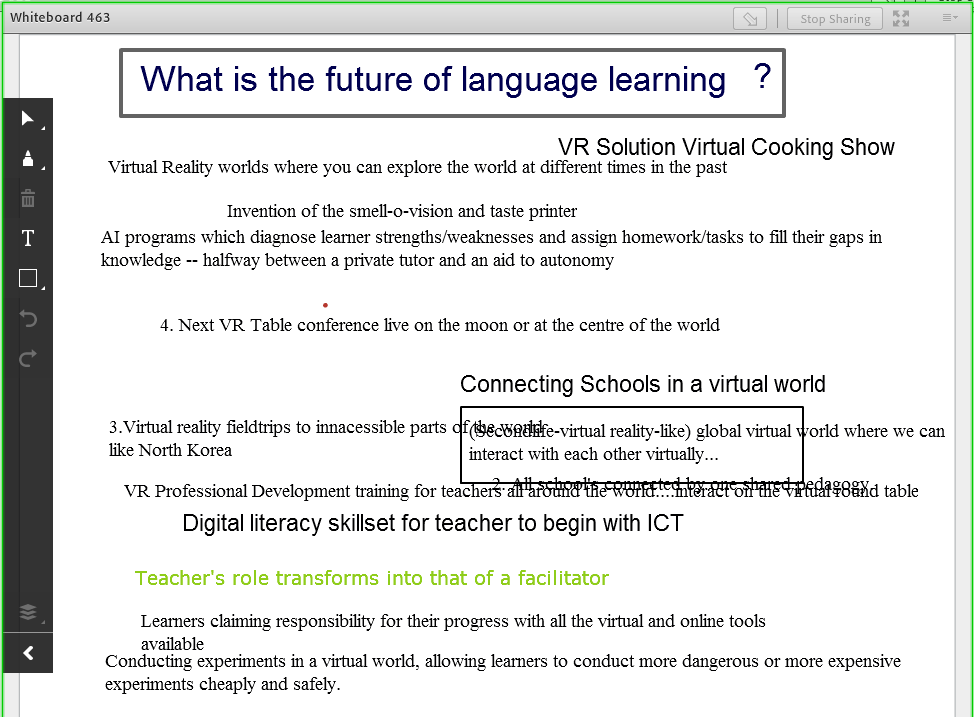 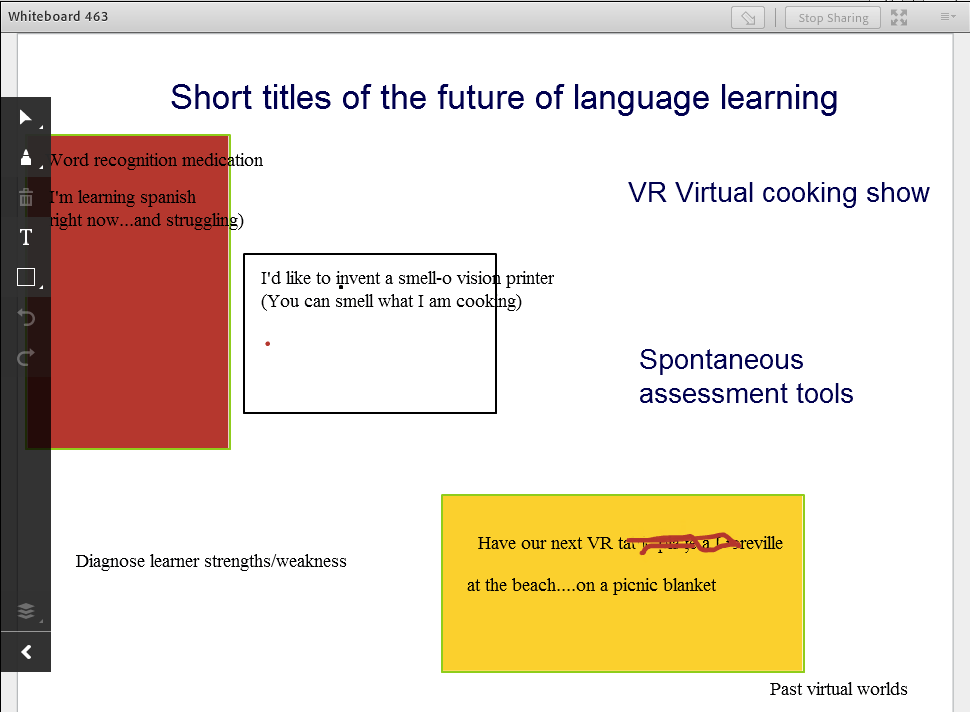 Step 3) Position the 'project titles' so that people can group themselves to the idea to discuss. This is what we tried to do with the following padlet, which seemed to work for the first stage of group formation.

The padlet was filled with the 'titles'. https://padlet.com/heike_philp/iulcl4b70zo3 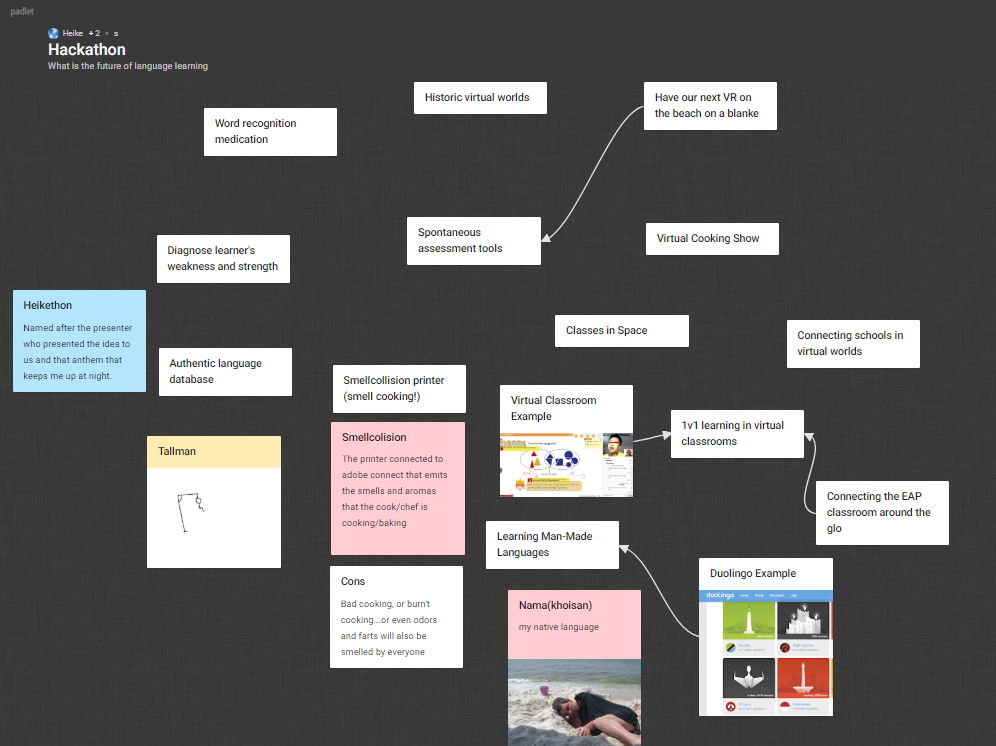 Continuing from here would be: a group decides to develop one idea to create a detailed project description. Unfortunately at the Virtual Round Table, we stopped here after 2x45min. In the Hackathon which I experienced over a period of 3 days, some 300 people took part and ended up with 19 ideas. Some of the descriptions, you can see in the slides below.

For the final stage of the process the ideas had to be discussed, elaborated on and described with the following categories:

The following ppt presented at the Virtual Round Table is about the Hackathon conducted by Goethe-Institut in Berlin, end of March. The conference "Startklar?!"21-23 March 2018, Berlin Spreewerkstätten.

By the way, the TANDEMAPP was the winner of the Goethe Hackathon in Berlin and they won 1000 EUR cash in hand for the team and 10.000 EUR funds to develop this idea.