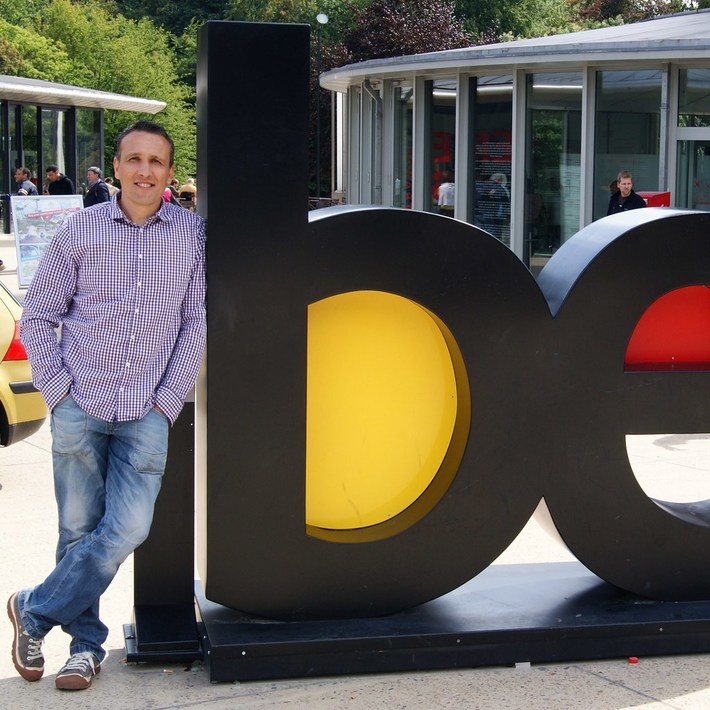 I was born in Belgium and did all my schooling in that country but I haven´t lived there since I graduated as an interpreter more than 20 years ago. I moved to Spain right after graduating and worked as an English teacher whilst improving my Spanish for a couple of years but later went travelling and did odd jobs and very odd jobs for the next ten. That ruined my prospects of becoming a professional interpreter, obviously, but it did give me the opportunity to visit or live in nearly all the major English speaking countries on this planet. Needless to say I don´t regret a single minute of it.
It was only after I met my wife-to-be in London at the end of the last millennium and we were forging plans to go to Brazil that I took Celta training and became a qualified teacher. After a few glorious years in Brazil we moved back to Spain. Currently I´m lucky to be working at the Maca in Seville as a teacher and teens coordinator. I also work on the school´s moodle pages when I´m not twittering, ninging or doing other fancy stuff on the computer...

See you around,
me.

May we ask: Are you a language educator? If so, what language do you teach? If not, what else do you do? And please do not write only 'English', be a little specific. In the past we had spammers and your reply helps us understand whether you are sincere. Thank you so much..
elt

The Speakers' section is on the Main page right at the very bottom!

Nice to be friends here! I hope to learn and share lots with you and all the members.